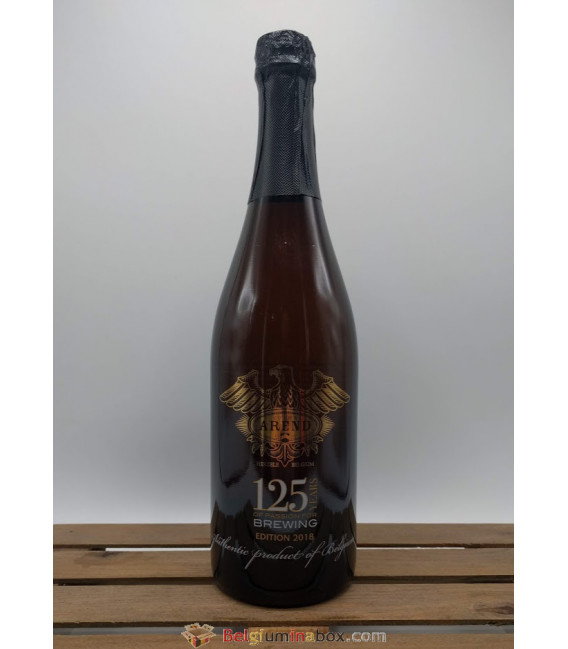 Brouwerij De Ryck Gouden Arend - Anniversary Brew is a strong golden beer with a surprisingly powerful and hoppy character, especially brewed in exclusive and limited edition for our 125th anniversary.

The name refers as a tribute to our founder Gustave De Ryck, who started brewery De Ryck under the name "Brewery The Golden Eagle"

By buying this product you can collect up to 9 loyalty points. Your cart will total 9 points that can be converted into a voucher of 0,18 €.