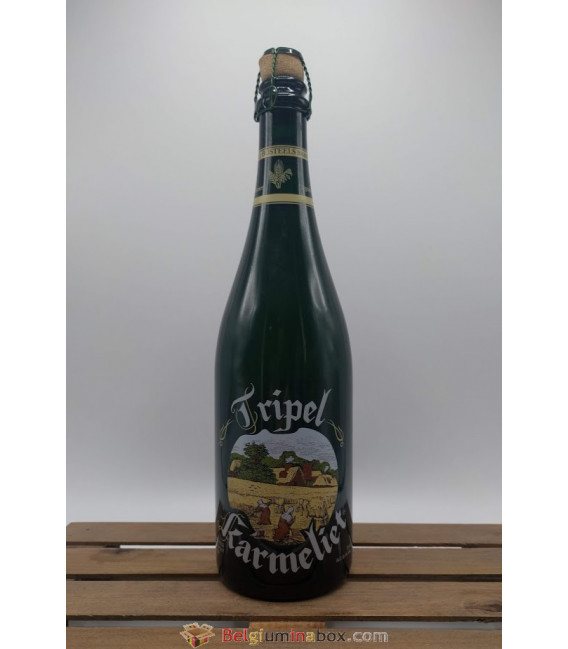 Brouwerij Bosteels Tripel Karmeliet was launched in 1996 and was received to great and fully-deserved acclaim.

Karmeliet Tripel is a Tripel (8.4%), but brewed with barley, wheat and oats.

It could even be considered a 6-grain beer as each of these grains is used in their raw as well as malted form.

Tripel Karmeliet is still brewed to an authentic beer recipe from 1679 originating in the former Carmelite monastery in Dendermonde.

Written over 300 years ago, this recipe describes the use of three kinds of grain : wheat, oats and barley.

Tripel Karmeliet won the World Beer Award in 2008 for the "Worlds Best Ale", the greatest recognition a brewery can have !