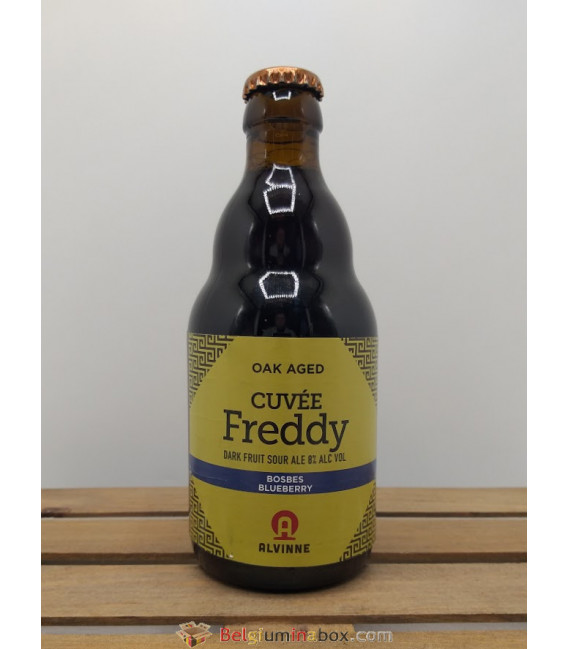 By buying this product you can collect up to 4 loyalty points. Your cart will total 4 points that can be converted into a voucher of 0,08 €.

Sigma is a dark and strong beer, skillfully balanced between sweet and sour. Sigma is part of the “Omega – Phi – Sigma trilogy” which matures in stainless steel tanks where the Morpheus yeast imparts a refreshing sourness. Sigma leans closely towards the traditional Flemish Oud Bruin, but is more robust due to its 8% abv.

Cuvée Freddy is the barrel aged version of Sigma.

Complex, refined flavours, originating from the tannins of the Bordeaux barrel and the wine that initially filled it create a soft, refreshing sipping beer that blurs the differences between beer and wine.

As fruit is seasonal, these beers are limited throughout the year.