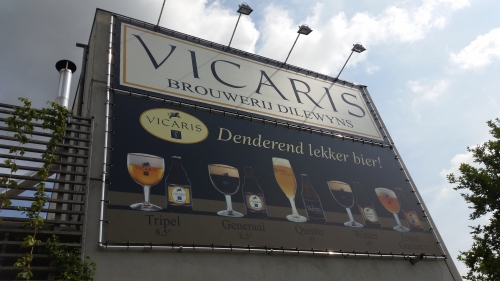 A few weeks ago, Belgiuminabox visited one of Belgium’s smaller breweries: ‘Dilewyns’. Most famous for their respected line of beers under the name of ‘Vicaris’, but also providing some specials for export & occasions.

5 years have gone by since this brewery started out brewing in their current location – Dendermonde. The beers itself have been around since 10 years. This anniversary called for a beer, and thus Lustrum was born!

After a nice visit to this friendly brewery, we got to purchase some of these to give our customers the chance to taste this unique beer. Additionally, Belgiuminabox had the opportunity to purchase the very last of the rare ‘Special Edition Generaal’ which is their dark beer with added lactic sourness.

For those who are  enthousiastic to try these beers, Belgiuminabox created the Brewery Collection : Dilewyns (Vicaris) containing :

The best news? The Brewery Collection : Dilewyns (Vicaris) is priced at only 65€ for the complete package!