Duvel is renowned the world over for its refermentation in the bottle and the bitter aftertaste it draws from the hops.

Inspired by an old ad for a “Hopbier” by Moortgat, Master-Brewer Hedwig Neven took to experimenting with the extra hopping of Duvel.

This extra hopped beer was brewed for the first time in 2007 and it sold out in just a few days.

The beer met with such enthusiastic reactions and initiatives that the brewery had no choice other than to brew this special beer again in 2010.

This year’s version of the Duvel Tripel Hop is enriched by citra hops with fresh notes of grapefruit and tropical fruit.

The Duvel Tripel Hop Selection 2012 (Citra Dry-Hopping) is available in 33 cl & 75 cl bottles. The 75 cl is exclusively sold at the brewery and Belgiuminabox. 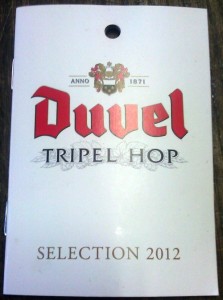 Belgiuminbox is introducing a 30% discount on shipping costs to Belgium and all it’s neighbouring countries during the 2012 Holiday Season!

These include: Belgium, The Netherlands, Germany, Luxembourg, France and the United Kingdom.

We are ready and set to ship your Xmas gifts to business collegues, friends and family and personal purchases !!

This discount is automatically applied to your cart during checkout.

This discount only applies when shipping to Belgium or one of our neighbouring countries! 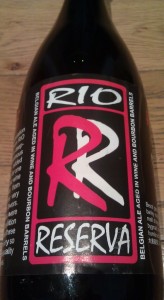 This ale was brewed back in 2008, a collaboration between brew-masters Urbain Coutteau from De Struisse Brouwers and Ryohei Sugawara San from Rio Grande & Sierra Blanca Brewing Company from Moriarty, New Mexico.

The goal was to brew a deep-golden, blond Belgian quadruppel with an enormous potential of aromas and flavours, with added complexity from oak-barrel aging.

Year after year, different quality controls were executed and in May 2012 brew-masters Urbain & Ryohei decided to bottle-condition this very special ale.

Another 3 months of cold-maturing was done at the brewery so the brewers were absolutely certain of the quality of the beer before releasing it .

This very exeptional fine brew is now available on Belgiuminabox.