Yellow for the background, black for the silhouette and red for the letters, those were the colors of the original logo of the Cantillon brewery.

These colors were not chosen haphazardly. The designer who created the logo in the beginning of the 20th century simply used the colors of the Belgian flag.

2013 has been a marvelous year for the Belgian artists and sportsmen. Our national colors have been put in the spotlight on many occasions.

Brasserie Cantillon wanted to share this enthusiasm in its own way, by creating a modern version of its Gueuze label. Our current designer has made a new label by putting together the logo and the Belgian flag. This label will only be used for a short time until the stock is exhausted.

Belgiuminabox has added the Cantillon Gueuze Belgian Flag to the shop, available in 37.5 cl & 75 cl bottles : 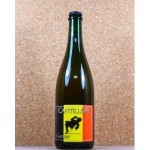 The Lou Pepe Gueuze is made with 2 year-old-lambic beer with a mellow taste, often coming from barrels in whichonly wine has been kept before.

The Cantillon lambics which are used to make the Lou Pepe are brewed in the same season.

Belgiuminabox is glad to add the Cantillon Lou Pepe Gueuze to the shop : 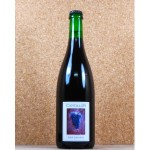 The beer is not blended before the bottling.

The foam is caused by the addition of a liquor which starts the fermentation.

The Saint-Lamvinus Cantillon 2013 is a rare product only available in 75cl bottles and now for sale @ Belgiuminabox.com

The Vigneronne was bottled in October 2013.

The Cantillon Vigneronne 2013 is now for sale @ Belgiuminabox :

Cantillon Cuvée Saint-Gilloise is not a traditional ‘gueuze,’ in that it is made from un-blended two year-old lambic (spontaneously fermented), not from a blend of older and younger lambics.

It is dry-hopped in the cask for 3 weeks with Bavarian Hallertau hops.

Re-fermentation in the bottle is achieved with the addition of a small amount of candi sugar.

The Cantillon Saint-Gilloise 2014 is available @ Belgiuminabox : 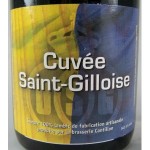 Brouwerij 3 Fonteinen released their 2013 version of the Golden Doesjel. 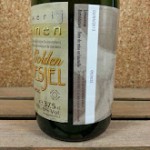 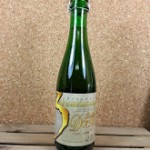 Leo Imai, the Japanese brewer & lambic-blender from Brussels has a new batch of his “Yuzu” Lambic.

Note by Leo Imai : Brewed using Japanese Yuzu (lemon). The base lambic is blended with lambic matured 1-2 years in wooden barrel. After that, matured 1 year with selected Yuzu and second fermentation in the bottle, same as champagne yeast.

The OWA Yuzu Lambic, along with Ume, Sakura Lambic and Kuro Grand Cru are available on Belgiuminabox.com 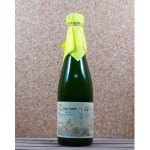 Belgiuminabox still has some bottles left of bottling year 2013.

The 2014 bottling is from now on available @ Belgiuminabox : 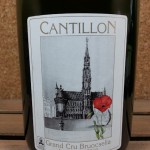